An EXPERIENCED team with SAFETY & EFFICIENCY as priority.

Port Phillip Sea Pilots is a fully Australian-owned and operated company proudly embedded in the Victorian economy and community, employing local people who live not only in Melbourne but also in surrounding areas like Geelong, Queenscliff and Flinders.

Over the years generations of the same extended families have been part of the PPSP story, contributing to the company’s rich history and unrivalled depth of experience.

Our pilots are located in Melbourne, Williamstown, Geelong and Queenscliff. PPSP has ample capacity to cover peak demand from our customers, providing guidance when vessels are arriving at the three Victorian pilot boarding grounds, departing from the dozens of berths, and shifting ships at anchorages and within ports. This ensures quick and timely on-demand service of vessels in all safe circumstances, minimising delays for our shipping customers and their valuable customers, enhancing the efficiency of Victorian ports and supporting the state economy.

Our team of pilots collectively have hundreds of years of experience in safely guiding ships into and out of Victoria’s ports.

Our launch crews consist of coxswains and deckhands and are located in Queenscliff, Williamstown and Flinders to provide a safe 24 x 7 x 365 service to all vessels. Boat Depot staff are located at PPSP’s special-purpose facility in Queenscliff where they carry out the necessary maintenance to ensure our principal launch and back-up are always ready to go.

PPSP’s Pilot Dispatch Officers or PDOs are based 24 x 7 x 365 in the Queenscliff pilot station control room to provide our customers with the operational support whenever they want it. The PDOs monitor arriving and departing traffic for Melbourne and Geelong to schedule vessels transiting Port Phillip Heads to reduce delays and comply with relevant Safety Management System and Harbour Master requirements. PPSP also employs local contractors to maintain the rest facilities which are provided to ensure pilots comply with fatigue requirements. 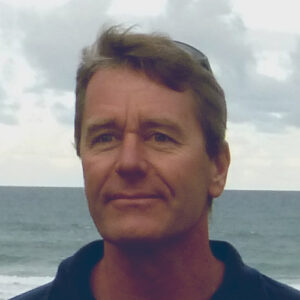 In 1987 he took leave of absence from ASP and joined the (sail training vessel) STV One & All to undertake the historic First Fleet Re-enactment voyage from the United Kingdom to Australia.

On secondment in 1995 Mike took on the role as Marine Operations Manager for Mobil Oil Australia, responsible for the import of crude oil into Australia and refined product distribution around Australia and the Pacific Islands.

On returning to sea he received his first command and served seven years on ExxonMobil product and crude tankers on international and domestic trades. During this period Mike held Melbourne, Botany Bay and Burnie pilotage exemptions for five years.

Captain Hanson joined PPSP in 2004. He was first elected to the board in 2014 and subsequently served as managing director, and now as chairman. He is licenced to operate in Melbourne, Geelong and Western Port, including to pilot the largest ships (up to 335 metres x 45.6 metres) permitted to navigate Melbourne’s Yarra River to Swanson Dock container terminals, and Suezmax crude oil tankers, the deepest (at 14.7 metres draught) able to transit Port Phillip Heads. He served on PPSP’s SMS (Safety Management System) Committee from 2007 to 2015.

Captain Hanson played a key role in the research, development and introduction/ evolution of PPSP’s PPUs (portable pilotage units) and has been a key conduit between the service and stakeholders such as Harbour Masters, Port of Melbourne, Victorian Ports Corporation, Victorian Regional Channels Authority and other important bodies in the ports PPSP serves. 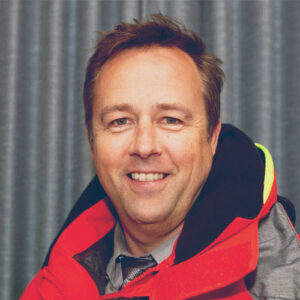 Capt. Matt Close began his sea going career in 1986 with ASP Ship Management working his way through the ranks on Oil, Chemical and LPG Gas carriers for Shell, BP, Mobil and ICI. He embarked on a seagoing career with the sole intent to become a Marine Pilot, following in his fathers footsteps Capt. Rob Close – Northern Tasmanian pilot for 35 years.

In 1995/96 he took extended leave from ASP for an opportunity to gain overseas experience with Maersk Isle of Man, serving as Chief Officer on their international trading semi-refrigerated Chemical Gas Ships.

After a brief return to ASP Ship Management at the young age of 29 he took on a position of Pilot/Marine Officer with what soon became ExxonMobil’s Port Stanvac Oil Refinery, South Australia. Among the many challenges faced at the open water port of Stanvac was working with the local authorities and heading up the team as Pilot in Charge (Licenced by Marine Safety SA) to introduce the first handling of 350m/25m draft VLCC’s into Australia for lightening via STS “on the run” mooring with 270m LR2 tankers and subsequent berthing at the SBM.

After the closure of the Adelaide Refinery Capt. Close returned to sea as Master on Self Discharging Bulk Ships for INCO Ship Management gaining pilotage exemptions in Nelson NZ and Port Adelaide.

In 2005 Capt. Close joined PPSP and is currently licensed for Melbourne, Geelong and Check Pilot for both. He was elected a director in 2016 and has enjoyed 16 years of diversity and change in shipping the Port of Melbourne throws up and the constant challenges given to pilots and management. 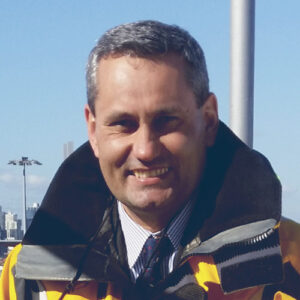 Captain Jon Dicker has been a pilot with PPSP since 2005, having been recruited from his position of Master with tanker operators Australian Tankships and Teekay Australia. Prior to sailing on tankers, Jon also served on containerships, Ro/Ro’s, bulk carriers and Navaid vessels.

During his time on tankers Jon was twice brought ashore for secondments as marine operations manager, for Ampol Shipping and later with Australian Tankships and also served as a trustee director of the employee superannuation fund. Jon was also selected to standby and deliver two conversions of Aframax tankers into FSOs (floating storage & offtake units) in Singapore for Apache Energy and Woodside.

Jon was a SMS Committee member from 2006 to 2019, including ten years as its chairman, working closely with Mike Hanson in the development of the in-house PPU system, with which he continues to be involved in software and hardware refinement and improvement.

Captain Dicker is also licenced for Melbourne, Geelong and Western Port and has been a check pilot since 2013. He was first elected to the PPSP Board in 2018.

Captain Damian Laughlin moved to Port Phillip Sea Pilots in April 2012 after a twenty year career serving on a wide variety of vessels including bulk carriers, a chemical tanker as master, gas tanker, crude and product tankers, containerships including as master, high-speed craft and ro-ro vessels.  He finshed his seagoing career serving for two Summers as master on the Spirit of Tasmania 1 for TT Line, during which time he made literally hundreds of voyages in and out of Melbourne as an exempt master.

Damian worked for ASP Ship Management (including undertaking Semi Quantitative Risk Assessments for safety on the Rio Tinto fleet of ships) from 1992 until 2012.  At times throughout that period he sought to extend his operational experience and did brief periods with Incat Tasmania and Scandlines CatLink delivering High Speed Craft around the world, during one delivery he was a crew member on the company’s Blue Riband-winning, fastest trans-Atlantic crossing by a passenger vessel.  He also did a brief period with BHP Transport.

At PPSP, as well as marine pilotage Captain Laughlin has managed the service’s passage plans since 2015 and been a member of the SMS Committee since 2017, chairing it from late 2018. He was elected to the PPSP Board in July 2020. 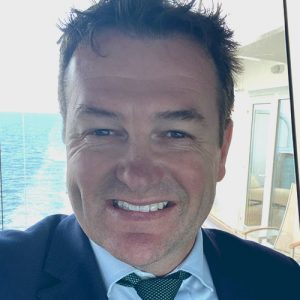 Captain Brad Seal is a third generation Port Phillip Sea Pilot and previously served on the Board of Directors 2014-2018. Brad joined PPSP in 2006 after serving as Master for 3 years and pilotage exempt for Melbourne, Bell Bay and Burnie on the ANL Bass Trader.

Brad developed a passion for the ocean early on growing up in the bayside suburb of Hampton frequenting local beaches on snorkelling expeditions and sailing Sabots at Royal Brighton Yacht Club. After joining T.S. Voyager Navel Cadets in Williamstown at the age of 15 he went on to join the Navy Reserves at HMAS Lonsdale in Port Melbourne as Quartermaster Gunner and later transferring to Navy Diver.

Endeavouring to peruse a seagoing career Brad commenced a traineeship with BHP Transport and completed a Diploma of Applied Nautical Science in 1993 at the Australian Maritime College in Tasmania. After serving on numerous types of vessels including Bulk Carriers, Ro Ro’s, general cargo and LNG carriers on the North West Shelf gas project, he joined the China Navigation Company in 1997.

After spending 5 years sailing the South Pacific, Persian Gulf and Black Sea as Chief Officer, Brad returned to the Australian Coast in 2003 to take up his first command with INCO Ships on the Ikuna, a self-discharging bulk carrier, trading between Australia and New Zealand.

Brad continues to pursue his connection with the ocean after recently taking up wing foiling after kitesurfing for many years.